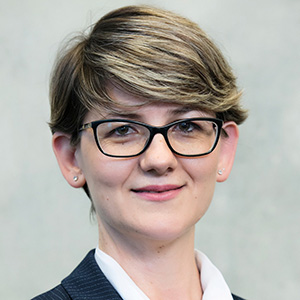 Mrs. Albana Shkurta has completed her studies at the University of Tirana in 1996, the Finance branch and holds a Master’s Degree in Marketing, graduated from the same University in 2007. Currently, Shkurta is in pursuit of the Global Executive MBA program, a collaboration between the University of Minnesota and the University of Vienna for Economics and Business. More than 7 years, she is in the position of General Director of Albanian Distribution & Development Ltd. Since October 2017 he has been appointed Deputy Minister of Finance and Economy, responsible for the economic development sector. 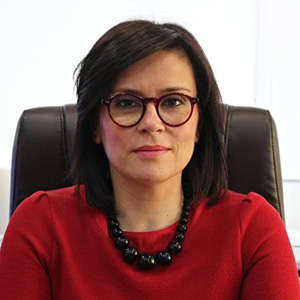 From October 2016 Mrs. Vasilika Vjero is the General Director in the General Directorate of Taxation, an institution subordinated to the Ministry of Finance of the Republic of Albania. Before joining the GDT, Mrs. Vjero served as the General Director for the National Registration Center (NRC) from 2013 until September 2016. During her time as General Director she completely transformed the institution and carefully led the merging process between the National Licence Center with the National Registration Center. From 1998 to 2001, she directed the Department of Youth Policy Coordination at the Ministry of Culture, Youth and Sports. She was later got promoted to General Director of the Legalization Department of the Municipality of Tirana, where she served until September 2002. From year 2008 to 2011 Ms. Vjero directed the Directorate of Strategic Planning at the Municipality of Tirana. Later on, she was involved in the management of several projects for the World Bank, the Swiss Office for Cooperation and Development, UNICEF, Freidrich Ebbert Foundation etc.
Mrs. Vasilika Vjero received her BA in Administration and Business Management from the University of Tirana and holds an MA in Public Administration rewarded from the Faculty of Economics and recognized by the University of Nebraska, Lincoln United States. She has completed advanced education in the area of financial management, procurement, project management (EBRD Vienna, Austria). 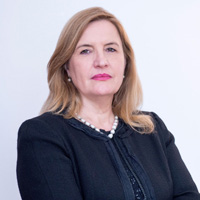 Mrs. Elisabeta Gjoni is the First Deputy Governor of the Bank of Albania since January 2012, and member of its Supervisory Council since November 2011. Ms Gjoni is head of National Payment Committee. Her earlier assignments include an extensive career in the financial sector: Chairperson of the Albanian Financial Supervisory Authority from the establishment of the integrated institution in 2006 until December 2011, Chair Commissioner of the Albanian Securities Commission, Member of the Supervisory Board of the Bank of Albania for 8 years and Deputy Governor of the Bank of Albania during 1995 -1997.
Mrs. Gjoni acted as Alternate Governor for Albania at the EBRD, financial advisor to the President of Republic of Albania between 1992 and 1996 and as member of the Negotiation Committee on Foreign Debt.
She was a full-time lecturer on financial management during 1982-1992 and is currently a visiting professor of finance and economy at the University of Tirana and other universities in Albania. Mrs. Gjoni is the author of studies, articles and research papers on finance, economic policies, banking, capital markets, etc.

Vasilis Panagiotidis is a graduate of International and European Studies Department of Panteion University where he completed his postgraduate studies in international economic, financial and banking law. He joined the Hellenic Bank Association (HBA) on October 2000. He is head of the payment systems, financial crime combating and physical security department. He is also head of the Hellenic Banking Institute (HBI), the training body of the Hellenic Bank Association.
He represents the HBAs member-banks in committees and working groups of the European Banking Federation (EBF) and the European Payments Council (EPC).
He is a member of the Board of Directors of DIAS SA, Hellenic Deposit and Investment Guarantee Fund and Hellenic Development Company and represents the ΗΒΑ in various legislative drafting committees.

Lira, joined Mastercard in November 2016 responsible for the development of the Mastercard brand portfolio in the Balkan Countries, particularly for all accounts in Albania and Kosovo.
Prior to Mastercard, Lira has been a consultant at Lancor consulting in Brussels, a global retained executive search firm specialized in the Telecom Media and Technology (TMT) sector that advises investors, Board Members, and CEOs on their most critical and strategically significant organization developments.
She has graduated from Katholieke Universiteit Leuven in Belgium with a Master degree in Business Economics and has successfully completed her undergraduate studies in International Economics and Management at Bocconi University in Milan and London School of Economics in London 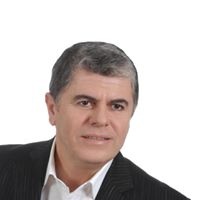 Mr. Topuzi is the President for Accommodation Unit at Hotelier Section of ATA (Albanian Tourism Association) since 2007. In addition, he is the owner of Mondial Hotel. From 2010-2011 he was the president of BAHA (Balkan Alliance of Hotel Associations).
Also, he is member of National Council of Labour and member of The Economic Council Tirana (Municipality of Tirana); Director of the Board of Professional High School of Hospitality & Tourism; and member of Rotary club Tirana West. Mr. Topuzi holds a degree from Tirana University, Faculty of Engineering and construction. He is decorated with the title “Regione Del Veneto” from the Municipality of Veneto Region and is Certificated hospitality department trainer from American Hotel and Lodging Educational Institute. 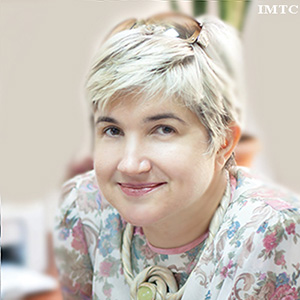 Linda Shomo is the founder and CEO of EasyPay, an inclusive e-payment platform in Albania. Linda has an experience over 23 years in IT, 17 of which in the financial sector. Prior to EasyPay, Linda was IT manager in various global financial institutions such as the American Bank of Albania, Western Union, First Data International etc.
She founded EasyPay in 2010 and is one of the few women founders and CEOs in the Balkans’ FinTech Sector. Some of the awards for Linda’s and EasyPay’s leading role in the digital financial revolution in Europe include ‘Woman of the year in ICT, 2014’ awarded by the ICT Awards, ‘Women in FinTech Powerlist 2017’ selected by Innovate Finance, whilst EasyPay was selected as one of the Top 3 FinTech Companies in Europe for Financial Inclusion, awarded by the European FinTech Awards 2017. Apart from running EasyPay, Linda is a board member of the Albanian IT Association, Albanian Consulting Network, Women in Business Committee, American Chamber of Commerce and CoFounder of the Network of Albanian Women Entrepreneurs. She holds a BS degree in Computer Science, an MBA and a Certificate in Management Consultancy Essentials from IBC. 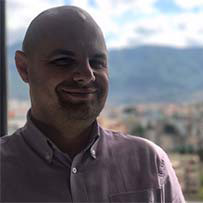 In 2005 Mr. Koçi has completed his studies at the University of Tirana, Faculty of Economics for Business Administration. He has a few years’ experience in the banking sector, at Alpha Bank Albania in the Treasury department from 2006 to 2010 and from 2010 to 2013 at Intesa Sanpaolo, where he held the position of a senior specialist at the Financial Instruments Sales Department and then in the Assets and Liabilities Management Department from 2013 to 2016. From November 2016 onwards, Koçi holds the position of Treasury Manager at Balfin Group. 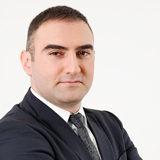 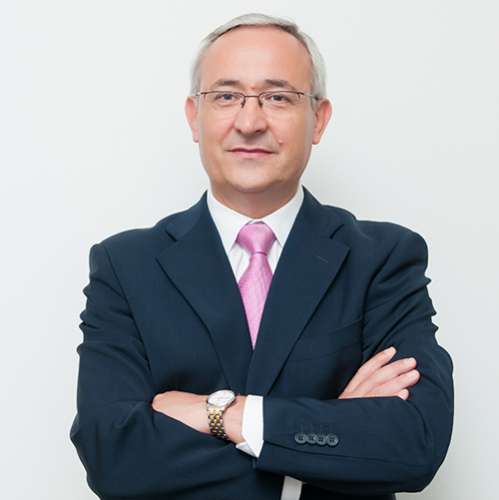 Mr. Brumbulli currently is the AAB Secretary General. During his 12-year career in the banking sector he has been in leading positions at the National Commercial Bank (Tirana and Kosovo), as well as at the National Bank of Greece (NBG Bank). Finally, he worked for the position of Director of Cabinet of the Minister of Finance. He was a professor at the Faculty of Economics at the University of Tirana, while in 2011 he held the post of Rector at Tirana Busines University (TBU) and Dean of the Faculty of Business Administration at this university. Mr. Brumbulli holds the title of Doctor of Science in Economics. 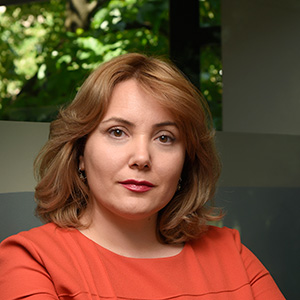 Nevila Kovaci has an 18 years of significant experience in the Card Payment Industry on Card Management and Development, in the areas of Card Business and Operations, as well as in Card Compliance, Risk and Fraud Prevention Monitoring.

2002-2005 Mrs.Kovaci has worked as Project Manager in ProCredit Bank Albania where she has implemented successfully the launch of the first Visa and MasterCard EMV Cards, as well as building a wide network of POS terminals.