Meeting of the AAB Supervisory Board Members with the Governor Sejko 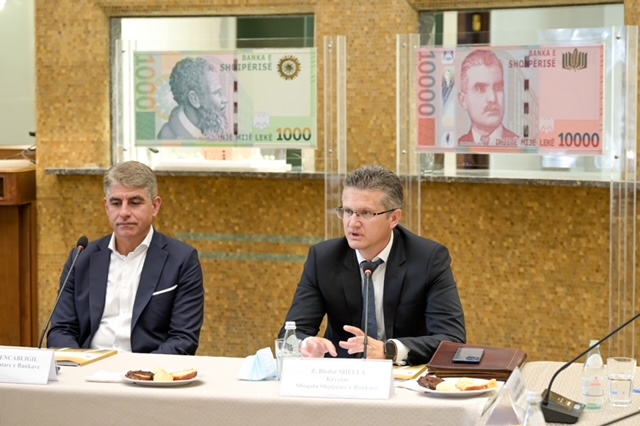 The AAB Chairman, Mr. Shella, introduced Governor Sejko to the composition of the AAB Supervisory Board as well as the novelties brought by the new statute.

The governor praised the banking sector in particular for responding appropriately to the pandemic, which continued uninterrupted activity, financing enterprises and households. He stressed that, during the pandemic, banks have shown maximum commitment and good will to contribute to the establishment of facilities related to the measures taken by the Bank of Albania and the Albanian Government, and played an active role until the situation is fully overcome.

The discussions of this meeting focused on important issues that are being addressed by the banking sector, such as: regulatory requirements on bank capital; issues related to private bailiffs; review of deposit insurance premium; the need for coordination and harmonization regarding the requests coming from the Bank of Albania; and the distribution of 2020 dividends.

Another important issue addressed during the meeting was the fiscalization project. AAB representatives, supporting the development of projects, also expressed the uncertainties and problems encountered by the banking sector in the implementation of this project.

Governor Sejko expressed the commitment of the Bank of Albania to further pursue the issues raised, as well as the support to the efforts made by AAB.

The participants assessed that the banking sector in the country remains solid and with very good indicators of financial health, ready to give all the necessary contribution to the economic recovery. They agreed on increasing coordinated efforts and institutional interaction, in the context of stimulating lending to the economy, by identifying potential investments, with the aim of restoring the country’s economic activity and increasing the contribution of banks to it.

At the end of the meeting, the parties expressed their willingness to work together for a better business climate and a healthier banking sector and supportive of the economic development of the country. 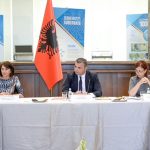 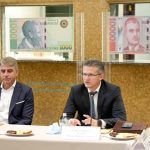 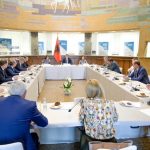 Linkedin
News
The capitalization of the banking sector near the highest historical level*
Increases in yields, negative effect of 6.2 billion Lek on the banks’ balance sheet*
IFRS reporting, banking sector profit up 27% for 6-month 1*
Banks’ domestic transfers in euro, 1.34 billion euros in less than six months*
AAB releases statistics for first half of 2022
AAB publishes the Annual Report 2021
Cashless payments*
Banking digitalization: “Without going to the bank”