The conference proceedings were opened by Mr. Silvio Pedrazzi, Chairman of AAB and CEO of Intesa Sanpaolo Bank Albania. Also in the opening session of the conference participants were welcomed by the Governor of the Bank of Albania, Gent Sejko.

The Governor of the Bank of Albania, Gent Sejko, during his speech, while highlighting, on the one hand, the progress made insofar, pointed out that the banking sector’s development – and of the financial system in general – has not been a linear: it has constantly faced challenges of different forms and types. These challenges have required prudence as well as active, intelligent and courageous decision-making. He said that is confident that the combined experience may and will help in future decisions.

The conference was organized in two panels. The first panel was moderated by Mr. Seyhan Pencabligil, CEO and Board Member, Banka Kombetare Tregtare, and focused on the role and responsibilities for a sustainable future. Mrs. Puleng Tumelo Ndjwili-Potele, Banking Project Coordinator, UNEP FI introduced the “Principles for Responsible Banking: A vehicle for driving lending that contributes to sustainable development”. Mr. Dejan Vasiljev, principal economist, EBRD, focused on sustainable finance and growth.

Participants in the second panel of the conference addressed the banking challenges in the region under the moderation of Mr. Sebastien de Brouwer, Chief Policy Officer, European Banking Federation, EBF. More concretely, Mr. Pierfrancesco Gaggi, Head of International Relationship, Italian Association of Banks, ABI, presented the development of the banking sector for strengthening the recovery. Mr. Vladimir Vasic, Secretary General of the Association of Serbian Banks, brought Serbia’s experience on the NPL market and increased lending, and Mrs. Charikleia Apalagaki, Secretary General of the Hellenic Bank Association, presented the view on governance and the balance between effectiveness and security in Greece. The consolidation of the Albanian banking sector was introduced by Mr. Silvio Pedrazzi, Chairman of AAB and CEO of Intesa Sanpaolo Bank Albania, who closed the proceedings of this conference. 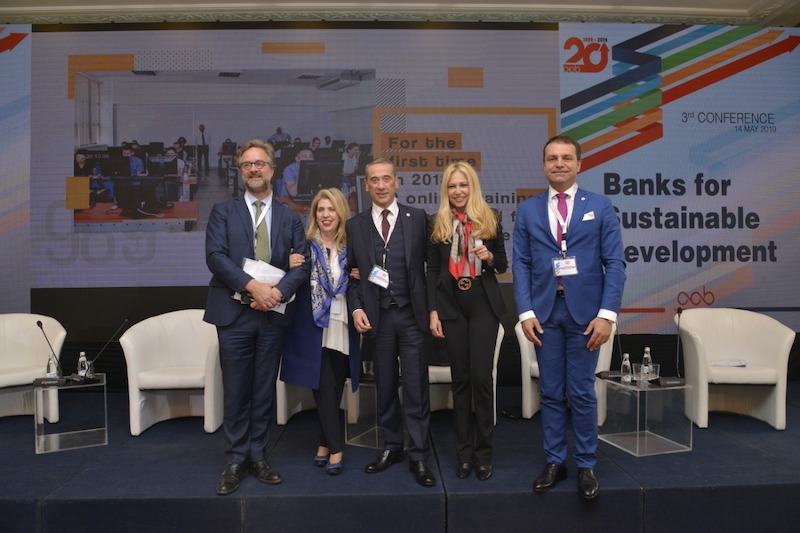